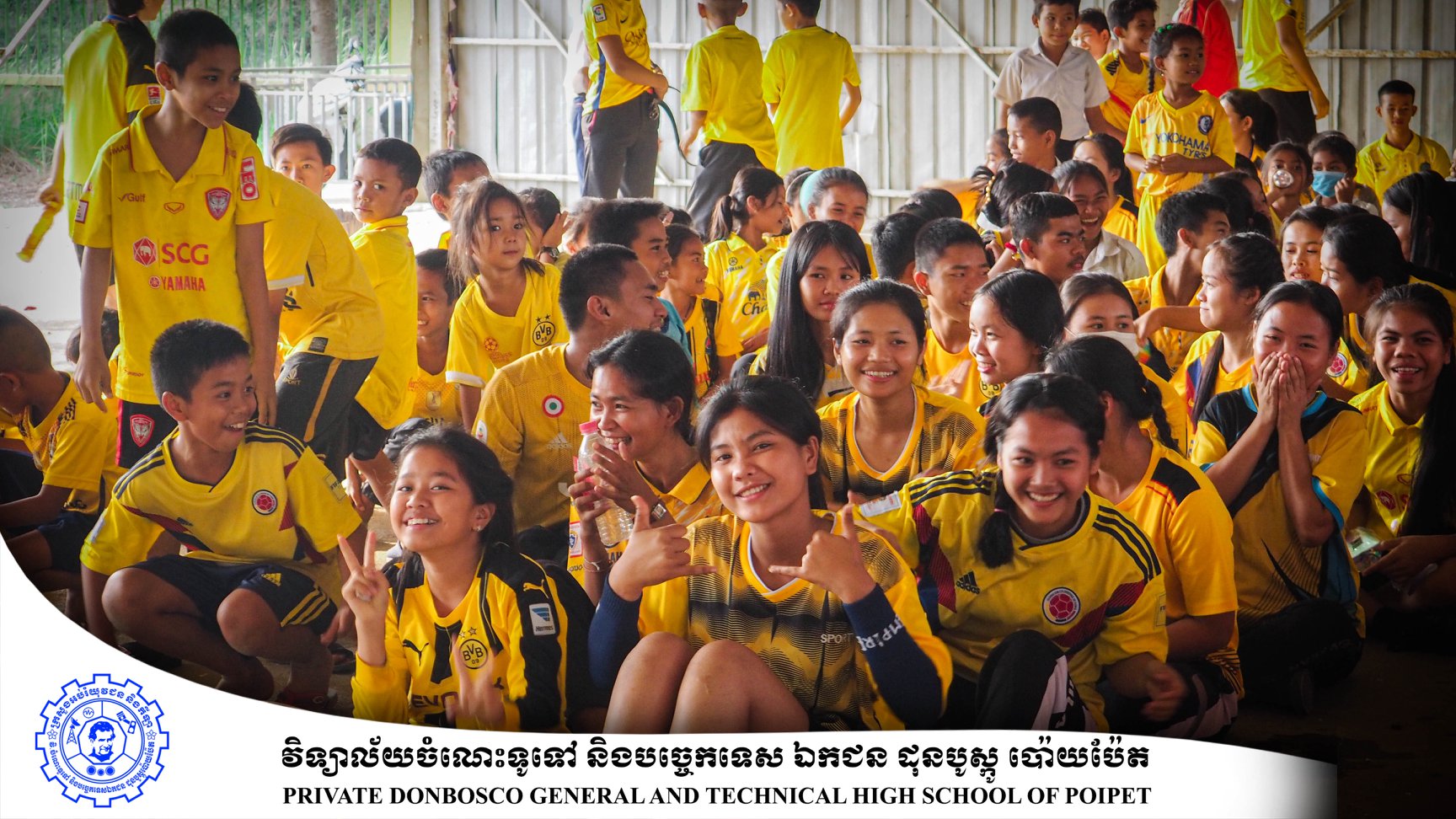 Best Technical School provide the opportunities to every Cambodian people, made us the valuable human resources.

Before 1999 Poipet was just a forest in the middle of what was a conflict area between the Khmer Rouge guerrillas, the refugee camps in Thailand and the Cambodian forces with the support of the Vietnamese army until the peace agreement in 1987.

The casinos were built in the Cambodian side of the border, at the entrance of Aranyaprathet City, because casinos were banned in Thailand. They became a source of employment for hundreds of young Cambodians in a time of extreme poverty in the country. But the casinos atracted also many Cambodian families from all over Cambodia, especially farmers that abandoned their lands to follow the dream of a best life. As a result, at the back of the luxury casinos with thousand of dollars on the night tables, Poipet grew as a shanty town.

The reality of street children, human traffic, child prostitution, drugs, guns, child and women abuse and HIV set their tends in the new town as well. The population grew in a surprising way to reach more than 70 thousand persons by 2005.

In November 2001 the DBFC bought 3 hectares of land in Poipet with the intention of opening a social project for the attention of children. The works started in March 2002 when a fence was built and the land area was raised. A couple of volunteers, Bruno and Catalina, were in charged to lead the works of construction and the social work to gather the children from poor communities in Poipet.

In May 2002 they finished the construction of the guest house and the store and 30 children came to live in the site. On 9 December 2002 classes started at the Literacy Center in a temporary building with 60 children, while the government of the United States, through the Salesian New Rochelle office began the Feeding Program to attend 17 thousand children from the Poipet area.

On 21 January 2003 the statue of Don Bosco arrived to the site. The art was made in Thailand and Don Bosco hold a Cambodian boy and a girl, this last one with a baby at her back as it is tradition in Cambodia. The models were children from the Boarding House. The statue is considered one of the most beautiful and meaninful image of Don Bosco in Asia. Few days later, on 31rst, the governor of Banteay Meanchey Province and the Catholic Bishop of Battambang, opened officially the Center. In February twelve steet children arrived at the Recovery Home where they had temporary lodging in the store, while the works for the Children Home and the Literacy Center began (7 classrooms, kitchen and dinning hall.)

In June 2003 DBFC bought 3 hectares of land more for a future expansion in an agricultural training. The followin month the building of the technical workshops and the sewing/computers workshops began. In August they began the construction of the Salesian House.

In January 2004 the two first Salesians of Don Bosco arrived to live in the Center: Fr John Visser and Fr Renato Torresan. Bruno and Catalina moved to Mexico. In February the works of construction were finished according to the initial plans.

In September 2005 Fr Albeiro Rodas came to reeplace Fr Torresan who went to Don Bosco Phnom Penh. In 2006 Fr Visser and Fr Rodas were moved to Don Bosco Sihanoukville and Fr Gerard Ravasco and Fr Valter Brigolin came to the work until 2008. Nowadays the house is under the leadership of Fr Eugene Xalxo and Fr Gabriel.

On 31rst May 2009 the Feeding Program was suspended

This is an example page. It’s different from a blog post because it will stay in one place and will show up in your site navigation (in most themes). Most people start with an About page that introduces them to potential site visitors. It might say something like this:

Hi there! I’m a bike messenger by day, aspiring actor by night, and this is my website. I live in Los Angeles, have a great dog named Jack, and I like piña coladas. (And gettin’ caught in the rain.)

The XYZ Doohickey Company was founded in 1971, and has been providing quality doohickeys to the public ever since. Located in Gotham City, XYZ employs over 2,000 people and does all kinds of awesome things for the Gotham community.

As a new WordPress user, you should go to your dashboard to delete this page and create new pages for your content. Have fun!